What is Jiomart | Jiomart Review

According to Indian analytics firm GlobalData, India’s online grocery market is on the rise, and JioMart will play a significant role. 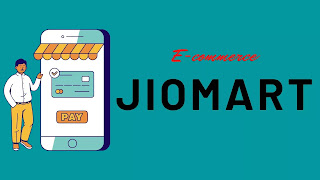 JioMart is Reliance Industries’ e-commerce platform, which also operates Reliance Fresh and Reliance Supermart in the grocery space. In January 2020, Reliance entered the online grocery retail space with the launch of the Navi Mumbai, Thane, and Kalyan platform.

GobalData has predicted that the Indian food and grocery market will be the next battleground for online retailers based on these figures. This market grew at a compound annual growth rate (CAGR) of 71.2 percent between 2013 and 2018, according to GlobalData, and is expected to grow at a CAGR of 45.5 percent between 2018 and 2023. According to the company, this growth is fueled by a growing urban working population in Indian cities, retailers expanding into non-metro cities, and the rapid growth of mobile internet and smartphone penetration.

Reliance will disrupt the online food and grocery market, according to Suresh Sunkara, a retail analyst at GlobalData. “Reliance is known for its disruptive ideas and business approach (Jiomart business model), and JioMart is no exception,” Sunkara said. Sunkara added, “With its retail wing in cash and carry outlets through Reliance Fresh and Reliance Supermart, and a huge customer base with India’s largest telecom network in the form of Jio, capturing the market will not be difficult for JioMart.”

“Thanks to new e-commerce laws designed to protect the interests of domestic offline retailers in India, Reliance enjoys an advantage that Amazon and Walmart-owned Flipkart do not.”

Is JioFi worth buying?