Some years before we had CRT TV’s they were so huge and bulky, Prices of them at that time were sky high, had lots of heating issues and all, prices were ramped up to sky hights. But then we came up with the LCDs and LEDs and they changed the whole scene,from then everything from size, price and the most important which is quality of TVs also changed way ahead, The new generation Televisons were not bulky anymore, they had higher resolutions in the compact size and the price was also not that much compared to before. so nowadays there are two racers in the market, LCDs especially IPS Display and LED especially Amoled and Super amoled displays. Both of these racers have their strong points and weaknesses. some displays have Great display quality but have comparitively high price, One gives very natural colours and other gives very attractive colours, One is costly and other is cheaper, some consume lot of battery and some consume very less. No Display is Perfect for everyone.So today lets discuss difference between super amoled vs ips lcd display and Difference between Super amoled vs amoled display and lets have a look at which one performs better in which field.

LCD or say Liquid Crystal Display, as the name suggests has Liquid crystals in it which are very important part of it. It works on the principle of Polarizing light. Polarizer can basically called as a light filter, It can be of horizontal or vertical. When it is Horizontal that means it will only allow horizonatally vibrating waves to pass through it and the the Vertical one only allows Vertically vibrating waves to pass through it. so whenever we have to show black screen we restrict the waves by polarizer and whenever we have to show different colours then we use the combination of back light, polarizer, transistor and liquid crystals to acheive it.

What is LCD Display?

LCD panel has One Backlight from which the light falls on the Liquid crystal frame which has RGB (Red Green Blue) combination used for producing different light wavelenghths and thereby different lights. The Liquid Crystals used in this are of Nematic type. single transister is alloted to a single pixel and each pixel has 3 subpixels RGB, when the charged is peassed by transister through this Nematic liquid crystal layer, Nematic crystal has a special property that when there is no charge through them they are in a twisted form and whenever the charge is passed through them they form a straight layer. This ability of this layer actually helps to choose when we have to pass light through polarizer and when we have to restrict it. So when the charge is passed through the layer it will become perfect vertical and so the light through it will pass from the vertical polarizer. If no charge is passing through this Nematic Liquid crystal layer then it will be twisted at 90 degree and therefore the light waves will become horizontal and will not be able to transfer through the vertical polarizer and the user will see the black screen.This is the funda behind the working of LCD display.

What is IPS LCD Display?

Now coming to LED display, LED can be abbreviated as Light emitting diode. In this Display instead of using Back light it takes use of small small light emitting diodes as the light sources. So In this display the pixels or say diodes get turned on whenever there is need. If they have to show black colour the then they will directly get turned off. These displays are again categorized into three types, the first one is full array diaplay which is the best among all because in this the LEDs are evenly distributed and have same colour brightness all over the screen, The Second one is Edge lit in which the LEDs can be at the bottom or on the sides or to the edges, so in this displays some part may occur more brighter than the other one and this is its limitation.  The third one is Direct lit which are a comman type used in low end tv mobile phones and monitors.

In case of comparison the full array LED display has best quality as compared to other LCDs but this is not the same for edge lit displays and direct lit displays.

Battery consumption of display – The LED displays consume less battery as the smaller LEDs are fitted in it, They do not glow to show the blacks and these things make them consume less power. In case of LCDs the backlight is always ON and therefore the display consumes battery all the time, In case of blacks also. This is the reason why LCDs consume more power. In case of IPS LCDs the power consumption is reduced a bit but it is not that much comparable to amoled.

so in this case LED wins.

Cost of the display – In case of LCDs they actually require less cost for production because there is no complex fitting of LEDs in it, On the other hand the cost for production for LEDs is lot more and when they get damaged then the cost of purchasing a new LED display is lot more and that is why these displays are not an budget option. Nowadays prices for both the displays are very similar, but the Amoled screens seem to be more overpriced than others.

so in this case LCD wins.

Life Of Display – As such talking about these displays, the life of both the displays is longer than 4-5 years, but eventually LED displays start fading up because of the life of Organic compound used in them.

so in this case it is a tie

FPS – (Frames Per Second) The LCD displays can extract more FPS Than LED displays, but this gap is also decreasing day after day.

so in this case for now LCD wins.

Size or Resolution of display – If the resolution of the LCD display is increased beyond its minimal or acceptable value then the quality of the display starts to show very noisy pictures.

In this case the LED display is the best.

Thickness of Display – As such there can be no comparison for thickness in both of them. In case of AMOLED screen it is thicker, but if we see recent advancements then the super AMOLED display is more thinner than AMOLED screens.

so in this case it is a tie.

Which Display you should purchase?

If you are a budget consumer then I will suggest you to go with LCDs, If you are a photo editor or a Video Editor then the IPS LCD displays will be the best option for you, If you like more vibrant colours and bright displays then go with the Amoled or super amoled and If you have no problem of money then you can go with the best versions of IPS LCD panels available in the market.

Companies – LG monitors and TVs are mostly IPS LCD and they give very nice colour reproduction and displqy quality. Samsung is the gretest seller and Manufacturer of Amoled and Super Amoled Displays. Most of the Apple Iphones come with the IPS LCD panels but Now they are also moveing towards Amoled panels for the newer generations of their phones. Other Companies like Redmi, Realme, Poco, Oneplus actually sometimes use LCD panels and sometimes in case of their flagship and Midranger phones take use of Amoled and Super Amoled panels.

In this article we saw the working of LCD display and Working of LED display. We saw some of their types and figured out which one is better. In this article we tried to compare these two displays and we found that no one display is better in each and every section, each display has its pros and cons and therefore we discussed which display performs better in which section. We also saw for which person which display suits better, summing up everything we actually tried to discuss on our topic of difference between super amoled vs ips lcd display and difference between Super amoled vs amoled display. 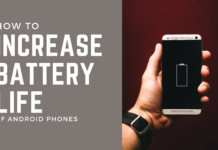 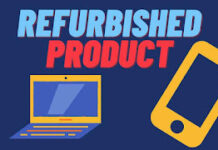 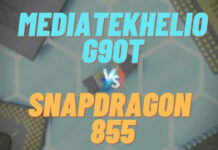