Many office workers have become remote workers as a result of the coronavirus pandemic, and this trend is expected to continue long after the outbreak is over.

LinkedIn is attempting to capitalise on the new reality by introducing a freelancer job search tool. The new tool, dubbed Marketplaces, would allow firms to find, hire, and pay freelancers.

A site dedicated to technology news covered the information regarding Marketplace Information on February 19th.

LinkedIn, which is controlled by Microsoft, is hoping to build on a successful 2020, when millions of Americans who were laid off as a result of the pandemic used the site. The $8.8 billion in revenue generated by LinkedIn last year was approximately 20% higher than the previous year.

Suzi Owens, a spokesman for LinkedIn, said that since the pandemic began, the number of LinkedIn members who put “open for business” to their accounts has risen dramatically. The expression “open for business” implies that those individuals are actively looking for work.

Marketplaces will focus on white-collar jobs in industries like design, marketing, and software development when it launches in September. Employers could use the website to compare specific freelancers’ fees and the types of work they offer.

“We’ll be adding additional ways to share more about the services you [might] offer directly through your LinkedIn profile in the future,” Owens added.

According to The Information, Microsoft is considering taking a percentage of transactions on LinkedIn Marketplaces and charging freelancers to post their own advertising.

Customers that hire freelancers can provide reviews after the project is completed.

Marketplaces is expected to take over from ProFinder, a long-running LinkedIn feature that allows users to post jobs and hire freelancers. However, the new service goes a step further by allowing users to connect and do business directly on the site.

Marketplaces is the latest in a long line of big digital corporations’ attempts to break into the burgeoning industry for matching freelancers with jobs. According to The Information, Facebook stated in December that it was building a team to develop a service for hiring freelancers, primarily those who specialise in physical labour such as home repair. However, it is unclear when that service would launch.

Freelance employment has been growing in popularity even before COVID-19. According to Upwork and the Freelancers Union, by 2027, the majority of Americans will be self-employed. However, the epidemic may have expedited that timeline.

In an April interview with Fortune, Hayden Brown, Upwork’s CEO, said, “Remote work, and bright freelancers who work remotely, will increasingly be the standard.” “The trends that support this began long before the current crisis, and the modifications that everyone is making to adapt to new reality may hasten them.”

Here are five technological developments from the previous week and how they may affect your organization. Did you happen to notice them?

1 —LinkedIn is developing a gig economy.

LinkedIn, a professional networking site, has revealed intentions to establish Marketplace, its own gig marketplace. Marketplace, like Upwork and Fiverr, will advertise freelance projects and work-at-home employment while taking a 13 percent to 27 percent cut. Writing, marketing, and advising will be the primary focus of the new platform. Microsoft, the parent firm of LinkedIn, is also working on a digital wallet that will be compatible across several of its platforms, including Marketplace. (Image courtesy of The Hustle).

Why is this significant for your company:

Despite Washington’s efforts to compel corporations to reclassify more independent workers as employees, the “gig” economy continues to grow. That is why LinkedIn has decided to participate. What I appreciate about it is that when clients ask me for consultants or freelancers for tasks, I usually direct them to LinkedIn. The platform is now making it easy to find and pay these freelancers. 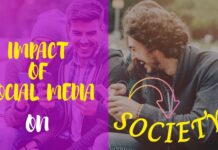 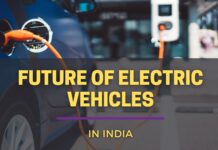 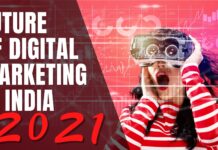